This month we continue our efforts to guarantee the human right to a healthy environment. Here we share some of our most important actions. Know our work and join!

Upward trend in attacks against environmental defenders continues during 2020

Just like previous administrations, the current federal government has not managed to reduce the numbers regarding aggressions towards defenders of environmental human rights. In fact, this number increased compared to last year. In 2020, 90 aggressions committed in 65 different attacks were registered; of this number, the most recurrent attack was homicide, with 18 environmental defenders killed.

In its 2020 edition, The Report on the situation of environmental human rights defenders, detailing every federal entity, an increase in attacks was recorded in Chiapas, Campeche, State of Mexico, Chihuahua, Mexico City, Guerrero and Veracruz.

Regarding the sectors that generate the aggressions, the forestry and lines of communication sectors are the ones most responsible, with 24.6% of the total, each. In the first case, most are related to illegal logging. As for works related to communication, 8 attacks were linked to the Tren Maya project; 3 related to the San Francisco Xochicuautla highway, in Estado de México; 3 related to the construction of Xochimilco Vehicular Bridge, in Mexico’s City, and another 3 attacks linked to highway construction in several other states.

It should be added, that the sanitary emergency brought by the COVID-19 pandemic has caused the Mexican State to suspend not only every administrative procedure on environmental affairs, but also the deadlines for processing judgments classified as non-essential, while other extractive economic activities such as mining, mega projects, construction works for railway infrastructure, airports and oil refineries. This has gravely obstructed the access to information, as well as participation in public issues, and the access to justice in environmental matters.

We call upon the authorities on all three levels of government to translate their legislations, treaties, national and international commitments into actions. The current federal government has the historic opportunity to lay the foundation for a country where the defense of our land and territory is carried out with complete guarantee and respect to human rights.

See video of the report presentation: 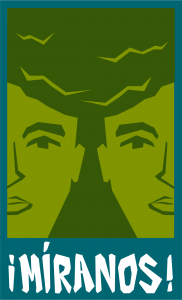 The Eighteenth District Judge in the State of Veracruz considered that the Decree to abolish closures existing in the hydrological basins of the Actopan and La Antigua rivers, as well as the guidelines on the inclusion of uncommitted volumes of national surface waters do have a significant impact on the communities living outside these basins, since allowing water concessions would risk the quantity and quality of the water resource. Likewise, the judge considered that the matter has the necessary importance to be resolved by the Supreme Court of Justice of the Nation (SCJN).

In other words, the judge ruled that the Decree and the Guidelines were unconstitutional and granted legal help. Both Semarnat and Conagua filed appeals to reverse the judge’s decision. However, only the case filed by Conagua was processed and the case file was sent to the Office of Common Correspondence of the Circuit Courts of Veracruz so that it could be resolved.
However, at the same time, the judge considered that the case has the necessary interest and importance to request its analysis from the SCJN. Given the possibility of significant impacts on the lives of complainants, the judge considered that action should be taken in accordance with the precautionary principle in environmental matters and in dubio pro natura.

This case refers to the series of reserve decrees issued in June 2018 by the National Water Commission (Conagua). The concept of water reserve areas is a normative instrument whose purpose is to guarantee water for various purposes. However, considering that their rights were being violated, Veracruz communities living in the area filed for legal help in July 2018.

According to the Weekly Fire Report of the National Forestry Commission (Conafor), in 2021 Mexico has faced the worst fires of the decade. The document shows that 735 forest fires have been recorded in 29 states, affecting an area of 127,110 hectares (ha.) of territory. The federative entities with the largest area affected have been: Nuevo León, Oaxaca, State of Mexico, Chihuahua, Coahuila, Guerrero, Chiapas, Durango, Michoacán, Puebla and Baja California.

This problem has been aggravated in recent years by global climate change and is further exacerbated in Mexico due to the dismantling of the environmental institutions responsible for designing, implementing, coordinating and evaluating climate change mitigation and adaptation actions.

Despite the rejection of legislators, academics and members of organized civil society, the series of severe cuts made to the public budget and staff of institutions in the environmental sector diminish technical capacities. For example, since 2012, Conafor has had a reduction of 43% of its economic resources.

The budget used currently by the Ministry of the Environment and Natural Resources (Semarnat), Conafor and Civil Protection, as well as the actions they carry out, are clearly insufficient to deal with these disasters. In addition, large areas in protected natural areas continue lacking indispensable strategies to prevent fires, and there is no articulation between agricultural policies and fire management, coupled with the omission of municipal and state authorities of all party origins, for the lack of forecasts for this dry season.

It should be noted that since 2019, when the Temporary Employment Program (PET) was canceled, it has been more complicated to finance brigades for the execution of preventive work and attention to forest fires. This becomes more complicated when we couple it with the elimination of the Natural Disaster Fund (Fonden), from which the fight against forest fires was financed.
Forests provide a constant and renewable source of materials, as well as essential environmental services for sustaining life itself. Civil society organizations demand that the Federal Government have a comprehensive fire prevention and management strategy that involves and builds capacity in forest communities and social enterprises; we also respectfully demand that at the federal, state, and municipal levels, the responsible authorities allocate sufficient budget, personnel, and material to be able to provide comprehensive, systematic and preventive fire management in the country, as well as for the immediate commencement of remediation and support to affected communities.

Forests provide a constant and renewable source of materials, as well as essential environmental services for sustaining life itself. Civil society organizations demand that the Federal Government have a comprehensive fire prevention and management strategy that involves and builds capacity in forest communities and social enterprises; we also respectfully demand that at the federal, state, and municipal levels, the responsible authorities allocate sufficient budget, personnel, and material to be able to provide comprehensive, systematic and preventive fire management in the country, as well as for the immediate commencement of remediation and support to affected communities.